oh how fun you are

from Mincraft to Black Ops

to the Wii to the the Xbox

oh how fun you are

you entertain me when I’m bored

although I may rage quit

I get over it and

One day I went to my pencil pouch and I found a note from someone angry and now I know I owe them a little respect. Always use your things or you will get an angry letter but don’t use them too much. This is exactly what the note said.

We need to talk about you and me! Nothing ever happens! You always use pencils and crayons but you never use me. When you first got me I thought we would be good friends, but I guess not! I’m always crowded in this pencil pouch that you keep me in. I can barely breath in here. You at lease could have taken me out for air, and why was I in a pencil pouch I’m not even a pencil!

They may be dirty but are so yummy.

They give us so many things like bacon and sausages.

Pigs oh pigs how cute your babies are.

So small and cute and when they snort the sounds adorable!

Pigs oh pigs oh how I love you so. 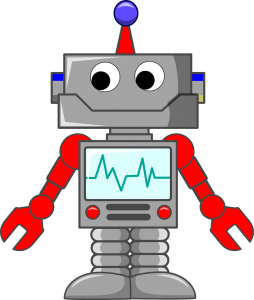 Robots are taking jobs which is very helpful. Let me tell you why,if robots take over job then people get more family time. People ask if robots take over jobs how will we get money well robots are actually creating more jobs because people need to train and program the robots. Less humans will get hurt because robots are mostly doing dangerous task that humans can’t do.

Robots assist people in many ways according to the article “Robots On The Job”  at the Aloft Hotel in Cupertino, California all you have to do is call the front desk  for some towels and instead of the person at the front desk bringing you towel a robot with a touch pad face will come with your towels. If you think that’s cool wait till you hear that a robot is a security guard for Microsoft offices. If you don’t know Microsoft is the largest software company in the world.They scan the areas for any suspicious activity, and if they see anything wrong they their built in siren goes off to alert human security guards.

If you are still not convinced that robots are cool well then did you know that robots are also very good salespersons? According to the article “ Robots on the job ” Pepper,, a robot has started a new job selling coffee makers in a store in japan. Pepper chatted with customers and help them choose the right machine. This robot can have a real conversation just like a human! He can also interact with all the other Peppers because they are all connected to an internet network.

So after reading about how robots help surgeons, are security guards, and help by doing jobs for humans do you think robots are cool or do you think they are creepy?

Do you know what a sandbox is? You probably think you do but it’s not a sandbox with sand in it. If you want to learn about sandboxes click here. Our class got to experiment with sandboxes (it was so much fun). They have LED lights on the sand boxes and they let us figure out how to turn them on and change their color!

After we played with the sandboxes we made flowers out of water bottles. We colored them and they melted the top to make them look like petals. Then they let us see their green screen room! It looked so awesome!

It was really fun but I still wonder how they make sandboxes? If you has any questions comment below. We also did really fun activities. We got to go on a bus that had lots of fun games like we got to wear a bunch of  grocery bags that were glued to a suit. They showed us what we can do with different types of batteries and we made flowers out of something most people would throw away.

They showed us a lot of things but I still wonder can we recycle phones? If you know comment below or if you have a question.

My class and teacher made this amazing video for me saying what they think about me.

Now lets talk about kinetic energy. So kinetic energy is an object or person in motion. Ok now an example is you decided to go sky diving again but this time your not scared any more so you jump off right when you get on. That’s kinetic energy because your in motion.

Did you ever know about potential or kinetic energy?If you want to know more or have any questions comment down bellow.


adopt your own virtual pet!